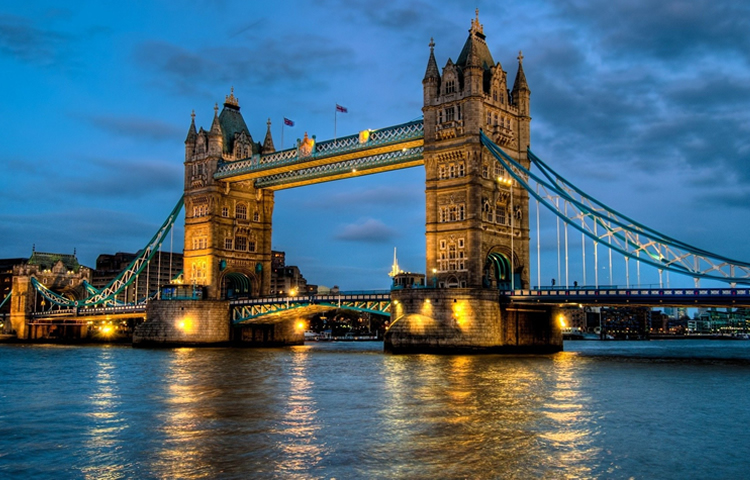 One of the best London attractions has got to be Tower Bridge because of its beautiful structure and the world famous Tower Bridge lift. There’s no other bridge lift quite as outstanding as this one.

Beautiful views of London can be seen from here which provides many photo opportunities. It’s an iconic London landmark that is always on a London tourist’s ‘Things to do in London’ list. Read on to find out more about this world famous bridge.

What Is Tower Bridge?

What Type Of Bridge Is Tower Bridge?

The bascule element allows the bridge to rise up on each side like a drawbridge to allow ship vessels to pass between underneath.

On each side of the bridge is a tower which connects the two walkways for people to walk across when the bridge is raised. Road vehicles and pedestrians can cross the bridge when it’s connected.

What Is Tower Bridge Powered By?

Upon Tower Bridge’s completion in 1894, it was the largest and most high-tech bascule bridge at the time due to the use of the hydraulics. Steam was used to power these and it took less than a minute to raise the bridge. In total, it took about 5 minutes to open and shut the bridge so disruption to road traffic was kept to a minimum.

Today, oil and electricity is used to power the hydraulics and has been since 1976. Visitors can find the original pumping system in the Tower Bridge Exhibition.

To support the bridge, over 70000 tons of concrete was used by sinking it to the bottom of River Thames. This was in the form of two massive piers.

Beneath Tower Bridge’s appearance of its stone clad exterior, the bridge is actually steel underneath. As a steel framework would look quite unsightly, Cornish granite and Portland stone was used to cover this up.

How Tall is Tower Bridge?

Each of the towers of the bridge measures 65 metres high. The bridge itself is 244 metres in length. To allow ship vessels to pass beneath, each bascule can be raised to a maximum angle of 83 degrees.

Above the bridge were the Walkways for people to walk across when the bridge was raised for ship vessels to pass. This was accessible via the stairs but many people preferred to wait for the bridge to come back down to cross instead so the Walkways were closed in 1910.

The Walkways reopened in 1982 as part of the new Tower Bridge Exhibition. From the Walkways, visitors could get a better view of the River Thames away from the busy street level with vehicles and pedestrians.

The Exhibition is situated up the stairs of the towers. People could visit the Victorian Engine Rooms as well as exploring the history of Tower Bridge.

Besides the Walkways, there are also pavements on each side of the bridge for people to walk across. From the sidewalks, you can still get great views of London.

Where is Tower Bridge?

Located in the UK, Tower Bridge stands proudly in the world famous capital, London. There are many things to do near Tower Bridge including famous attractions such as Tower of London, London Bridge, The Shard and HMS Belfast.

How Old Is Tower Bridge?

The planning and design of Tower Bridge took 9 years. It took another 8 years to build the bridge. Today the bridge is 122 years old and continues to stand tall and strong.

Who Built Tower Bridge and Why?

Why Was Tower Bridge Built?

In 1876, road traffic problems were the norm but it was getting worse and delays to journeys were increasing due to the expanding population. The City of London Corporation decided to build a bridge to resolve this problem. But they needed to ensure river traffic would not be disrupted.

As they couldn’t come up with a suitable design, the design of the bridge was opened to the public for competition. More than 50 designs were submitted before Horace Jones and John Wolfe Barry’s collaborated design of Tower Bridge was chosen in 1884.

This bridge would connect the Tower Hamlets region to Southwark but the lifting of each bascule would enable river traffic to continue to flow smoothly.

Construction of Tower Bridge was overseen by the original architectural designer Horace Jones but shortly after the building started, he passed away. George D. Stevenson took over afterwards and made some changes to the original design.

Along with John Wolfe Barry who was the appointed engineer, the building of the bridge was divided over 8 contractors. Each oversaw different constructions of the bridge. 1894 saw the completion of the bridge and it was opened on June 30th.

How to Get to Tower Bridge

Using London’s transport system is the easiest way to get to the bridge and around London. The nearest tube station to Tower Bridge is Tower Hill which is on the circle and district line on the London underground. From there, it’s about a 5 minute walk to get to the bridge.

If you’re travelling by train, the nearest stations to Tower Bridge are London Bridge, Fenchurch Street or DLR station Tower Gateway. These are about a 10-20 minute walk away.

There are several London buses that will take you to Tower Bridge which are 15, 42, 78, 100 and RV1. The popular tour buses such as the Hop-On Hop-Off London bus stops at the Tower of London which is about a 5 minute walk away from the bridge.

If you prefer to travel by car to the bridge instead, there is a car park next to the Tower of London. However, spaces are limited as coaches also use this car park. London roads are known to be quite congested at times too but if you plan on driving across the bridge, it’s a 20 mph speed limit.

Visiting Tower Bridge itself is free and it’s open 24/7, 365 days a year. However, to visit the exhibition of the bridge is a different story.

The opening times of the Tower Bridge Exhibition vary with the season. From April – September, it’s opened from 10am to 5.30pm but in October – March, it’s 9.30am to 5pm. The Walkways cannot be accessed outside of these hours but of course, you can still walk across the bridge.

To get into the Tower Bridge Exhibition, the main entrance can be found on the North West Tower of the bridge. If you follow the painted blue line on street level, you’ll find the Victorian Engine Rooms on the South side of the bridge.

The tickets can be bought on the day at the ticket office and there are discounts available for groups and families. However, entry to the Walkways is not always guaranteed so it may be best to book this online.

When is the Best Time to Visit Tower Bridge

Generally Tower Bridge is busy all year round due to the amount of vehicles crossing, people walking across the bridge to their jobs and tourists visiting London. The Exhibition isn’t the same, it’s usually busiest during the summer.

Visiting Tower Bridge Exhibition is already pretty exciting especially with the new addition of the glass floor on the Walkways but for anyone looking for more, there are personal guided tours:

One of the most exciting times to visit Tower Bridge is when the bascules are lifted. There’s a list of bridge lift times available on Tower Bridge’s Lift Times, so you can plan your visit accordingly. 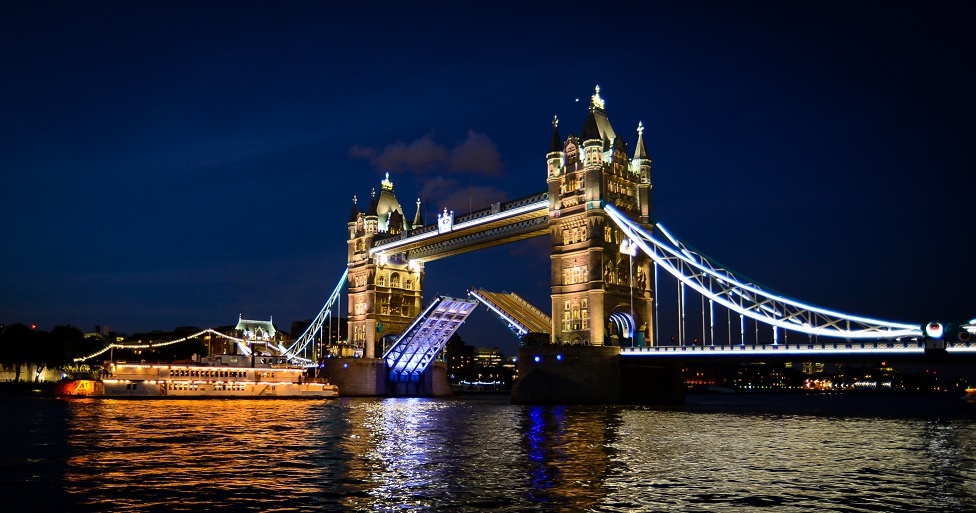 If you plan on viewing the bridge lift from the Walkways, then you should allow extra time for tickets. Otherwise, this can be viewed from the bridge itself.

Seeing Tower Bridge at night provides some pretty spectacular views. It’s best to catch the bridge all lit up from a distance away. Along the river at More London or London Bridge you can take some beautiful pictures of the bridge at night. 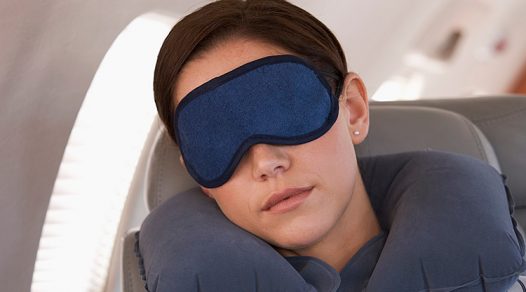 How to Choose an Eye Mask For a Better Sleep 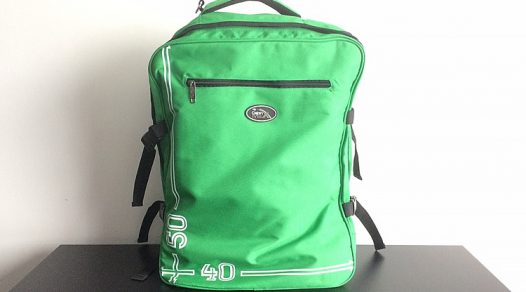 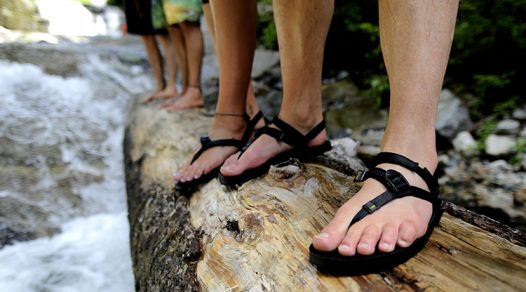 How to Choose a Pair of Comfortable Walking Sandals 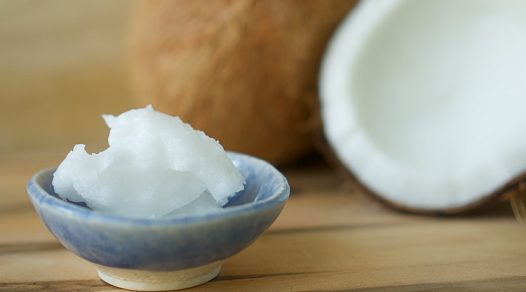 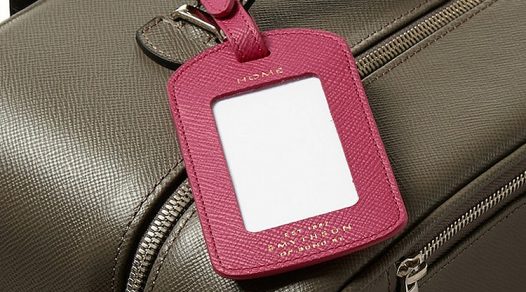